This is the first newly written material by Agnetha in 25 years, and will also include a song she wrote herself.

The rest of the song has been written by Jörgen Elofsson, the man behind huge hits for Britney Spears and Backstreet Boys for example.

In an exclusive interview with Swedish Radio's P4 Extra programme, Agnetha explained how the project came about.

"It was a process, you could say. Firstly I was contacted by Jörgen Elofsson and Peter Nordahl and they wanted to play some songs for me. And I thought that that sounded really nice, I've never closed any doors and I wanted to listen to the songs, I thought it'd be fun. And then I thought that, wow, the songs are really good, how will I be able to say no to this?
So then I said ok, they sound fantastic, but how will I be able to interpret these songs in a good way? What if my voice sounds old? 'No, we don't think so at all', they said. But I wasn't at all sure. When you haven't sung for a while your voice gets almost rusty, you feel that you haven't kept that muscle working. "

Agnetha told presenter Lotta Bromé she even took singing lessons to freshen up her vocal chords.

"Two, actually. Then I didn't need any more. It might sound a bit cocky, but once I learnt how to breathe properly again I felt, no, this might work. And then it started sounding better and better."

One of the tracks on the album was written by Agnetha herself. She wrote a lot of songs before the Abba years, but since then had left songwriting behind her. But she decided to sit back at the piano just this once.

"Yes, exactly", she told Lotta Bromé. "I felt that this was an album with Jörgen's songs, at least nine of them, and he writes together with others too, but I thought it'd be fun to have one song on there. And then I started to write songs as well and that started to work well, I managed to squeeze a song out, and it will actually be the last song on the album. It's called "I keep them on the floor beside my bed". A long title."

The media image of Agnetha is of some kind of recluse, almost the Greta Garbo of pop, but that is an image she resents.

"I'm very down to earth, I think I'm the same person now as I was when I first went into a studio to record my first song when I was just 17 years old. I'm the same, but I have a load of life experience now. A lot of experience, and you get quite hardened in this industry, but you never get free from.... you want to do a good job the whole time, the best. So I have high expectations on myself. But to go from that to say that I'm mysterious, that's been created by the media.
I actually get quite hurt by it actually, it's something that has sprung up along the way, because of certain things. Maybe because I withdrew for a little while, but there are periods in your life when you have to take care of yourself, and things happen and you have to be alone and have things quiet around you for a while."

Agnetha has also suffered from a fear of flying for years, following a traumatic experience during one of the ABBA tours, but now she says that she has learnt to deal with it, somewhat.

"Well, I'm not out flying all the time, but I've had some therapy and learnt to think in a different way. That helps a bit, but I never think I'll be free of it. I've spoken to the therapist to find out what my hang-up is. I'll never sit there and be thinking there is nothing to worry about, I do have worries and fears. But I have learnt how to deal with it to some extent now, so I can deal with a flight of about 3 1/2 hours. But I don't fly several times a year, or once a month, I make some trips every now and then when I feel that I can cope with it."

But those hoping to see Agnetha appear at the new Abba Museum may be disappointed, she is booked for promotional appearances in London at the same time as the museum opens. And she also says that she has left the days of live performances behind her, so there will be no performing at the Eurovision Song Contest in Malmö either, but she will watch it, she adds. She says she saw the Swedish contest at the weekend, and thought that the right song won.

"I thought it was fantastic", she told Lotta Bromé, "I'm so impressed by these young artists today who can deal with all the pressure, and that they can dance so well as well. I thought the winning song was fantastic, a really talented guy. I thought there were a lot of good songs there. It's a fantastic competition."

And the obligatory question. Will ABBA ever reform?

"I don't think it's going to happen. It doesn't feel like any of us are particularly tempted to do it, because we all have our own lives now and it was such a long time ago. We have to deal with that question all the time, but we'll take it easy and see what the future holds. You never know what might happen. But I think there is a only a very very small chance that we'll do anything together again." 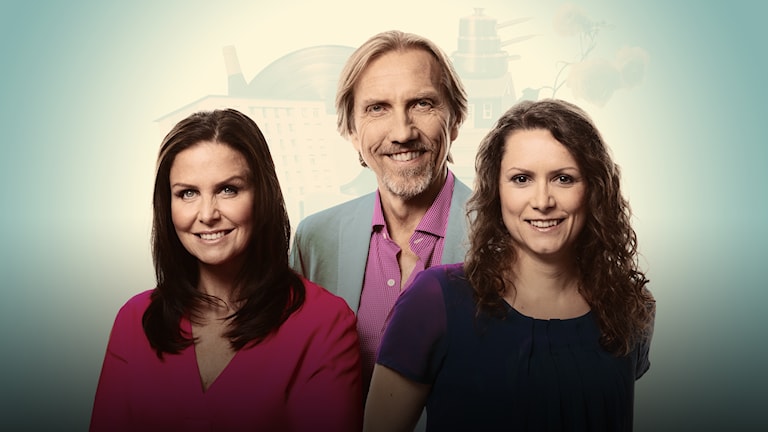